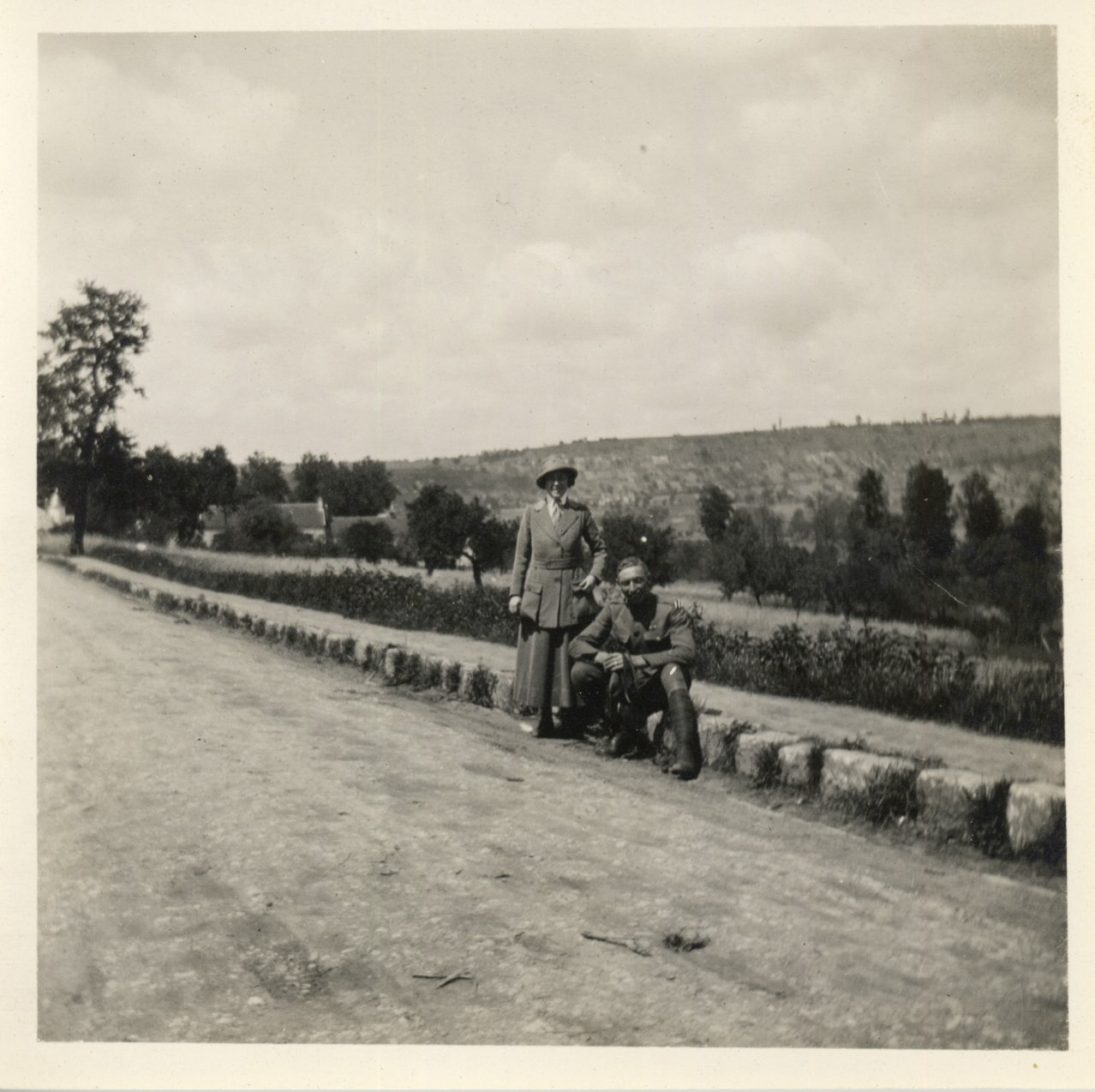 Margaret Trumbal Corwin, class of 1912, with an American soldier. 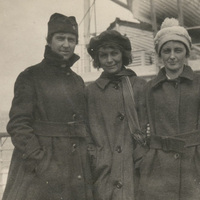 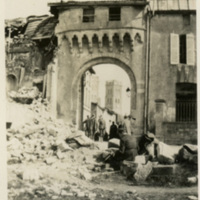 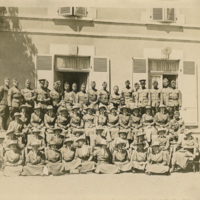 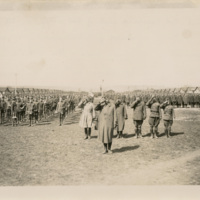 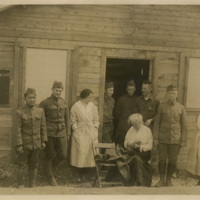 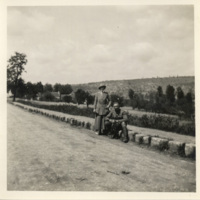 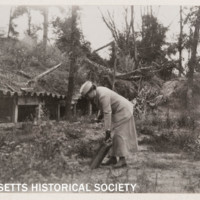 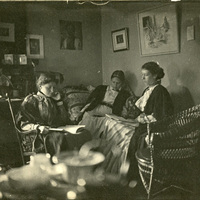 Many alumnae from the classes of 1896-1912 made the voyage to Europe to serve in France during World War I.

Elsa Bowman, class of 1896, a good friend and frequent travel companion to Margaret Hall, volunteered as a provision car driver with the American Committee for a Devastated France, based in Laon. Bowman was there from July 1919-1920, so she arrived shortly before Hall returned to America at the end of August 1919. Following World War I, touring the battlefields to witness the carnage firsthand was a popular activity and the two women traveled to Reims, Pinon and Laon together. These sites served as the backdrop or focus for many of Hall's photographs.

Hall also mentions running into Emily Redmond Cross, class of 1901, in France. The two were friendly as they both frequented the Bryn Mawr Club in New York. From May 1918 to March 1919, Cross served on the executive committee of the Franco-American Committee for the Care of Children of the Frontier. She was also an important benefactor of the College as she helped develop the Friends of the Library and served as Alumnae Director for several years.

Mary Agnes Irvine, class of 1910 served at the YMCA canteen in France from 1918-1919 with what she calls the Bryn Mawr Unit. Like Margaret Hall, she wrote many letters home and offers soldiers' tales after the official 'end' to the war:

"What these boys have been through must have been unspeakable. Most of them talk to us as just one of them and I do think it is the most wonderful opportunity to get close to the war. So many of them say and tell the things they say, they won't tell back home...I do wish I could write all the details of every day. This is a great life, the most interesting thing I ever did." 1919 January 20 letter to family

Dorothy North Haskins, class of 1900, served as an American Red Cross Volunteer from 1917-1919 in France near Chaumont. Haskins was a service and relief worker for most of her life. She worked in France, Austria, and Russia.

Margaret Trumbal Corwin, class of 1912, was stationed in Beaune, Burgandy in France at the American Expeditionary Forces (AEF) University from 1918-1919. The 11th Provisional Regiment of the AEF that she worked with dedicated a book to a few of the workers as the soldiers were very grateful for all their "honorable" work.

Like their younger counterparts, all of these women also continued their good works after the war was over. Even though they were nearing or middle-aged, these Bryn Mawr women still craved adventure, hard-work and to be part of an important historical moment.