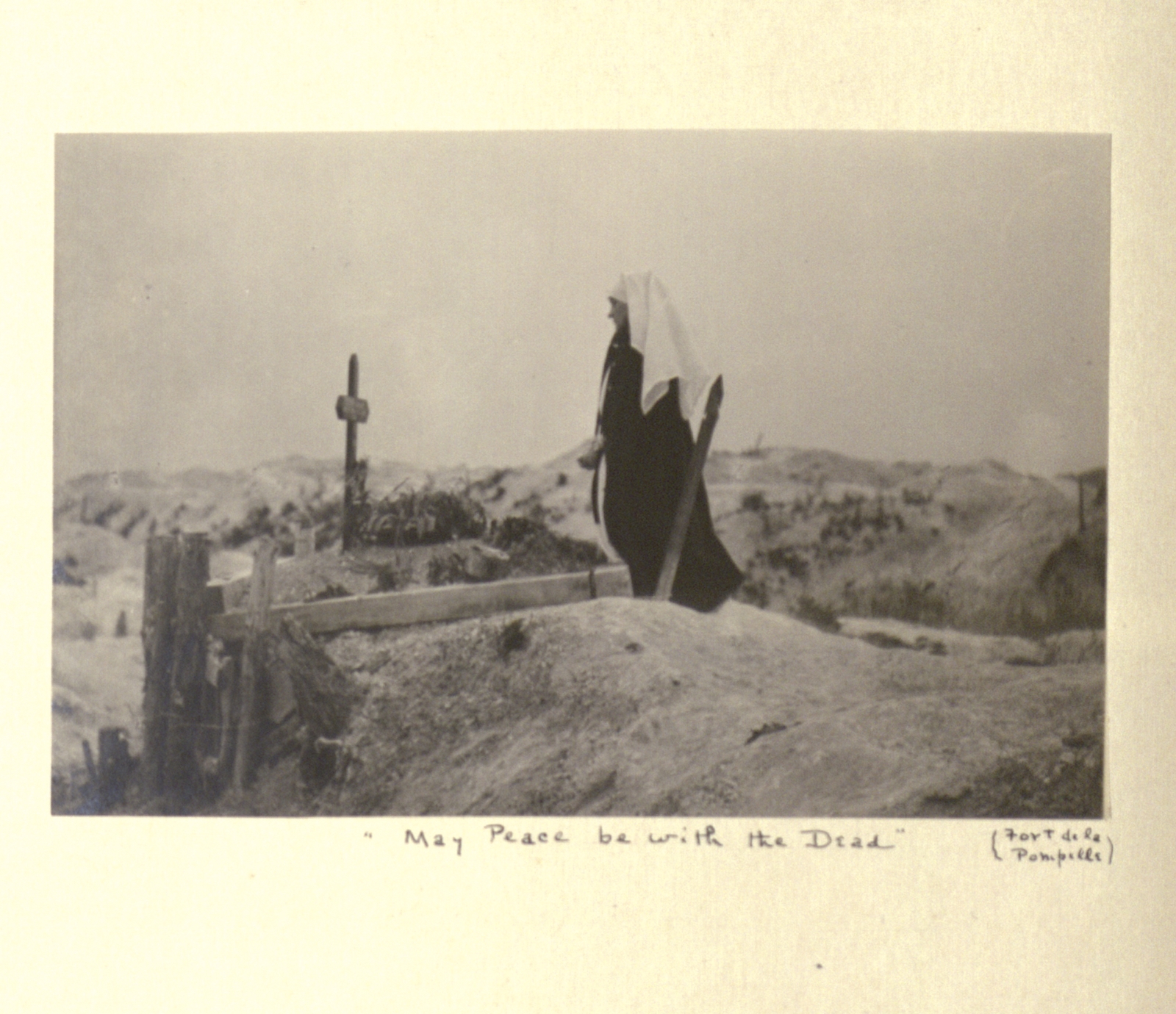 The caption reads: "May Peace be with the Dead" (Fort de la Pompelles) 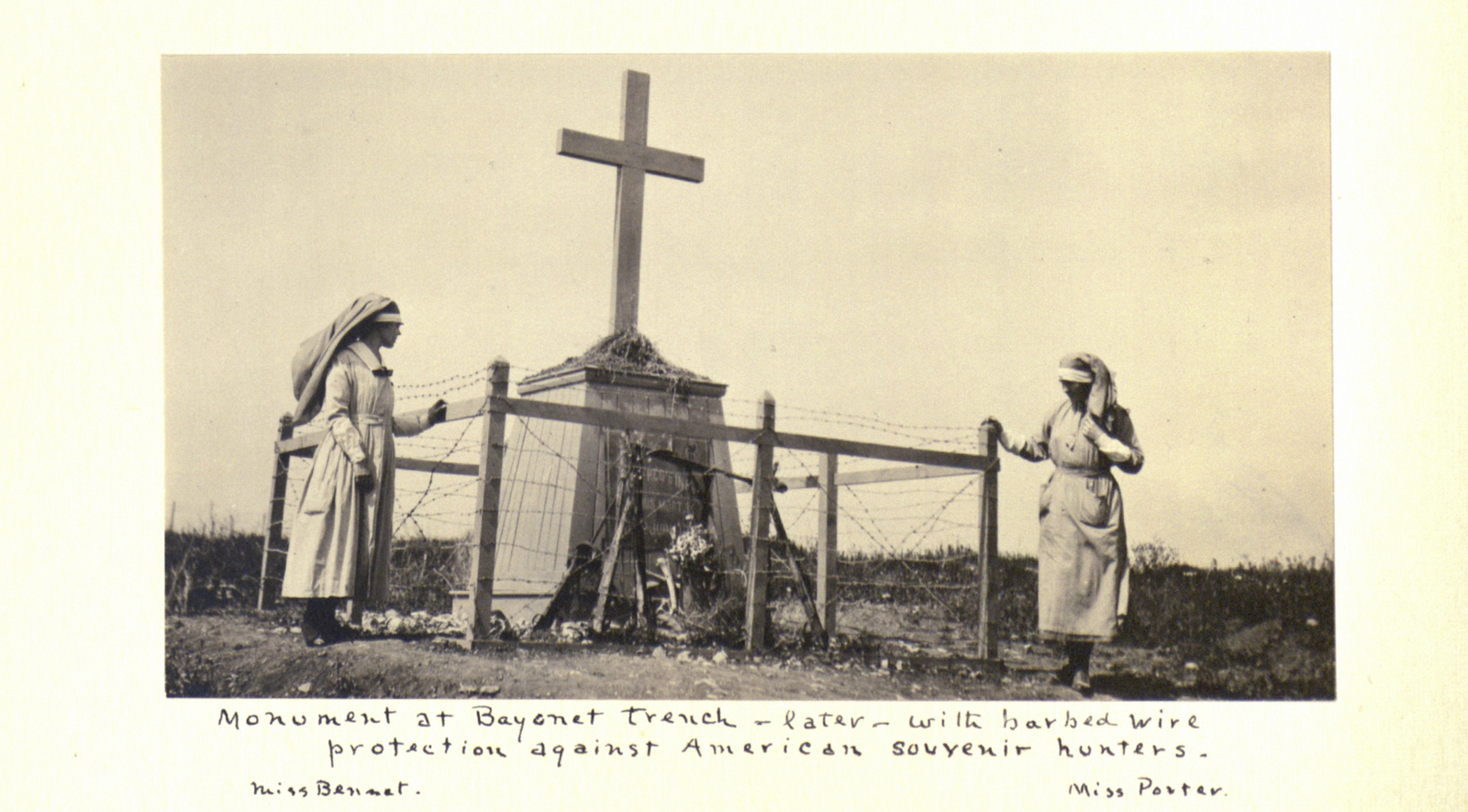 At eleven o’clock in the morning, on November the eleventh, 1918, the armistice was signed ending the Great War. English, French, and American prisoners of war were released and began flooding into the Red Cross hospitals and canteens. Hall observed that many of these prisoners had nowhere to go home to and a lot of the men were in terrible shape once they finally made it back to France. It is estimated that between 10 and 15 million soldiers and civilians died during WWI and about 20 million were wounded. At the time, this was an unparalleled amount of casualties, making it unfathomable to the public. The war was extremely brutal due to improved technology like mustard gas and artillery on both sides, as well as the style of warfare. The Great War was fought from trenches and quickly became a war of attrition. In this style, each side tries to exhaust the other to the point of surrender while only gaining small areas of territory at a time. Many soldiers suffered from ‘shellshock,’ due to heavy artillery barrages that caused psychological as well as physical damage. ‘Shellshock’ is most similar to what is now called post-traumatic stress syndrome.

"On the evening of November 11, 1918, our group of ten sat together in the shadow of bombed houses. We took powder from the unexploded shells and made small bonfires...It was very quiet on the Marne."

In France, Armistice Day was celebrated but it was very subdued. Eleanor Dulles, who volunteered with Margerie Scattergood, both class of 1917, reflects on this feeling in the quote above. Margaret Hall also writes about how the peace felt like a very unsatisfying end to 4 years of slaughter and mass destuction of Western Europe. Work at the Red Cross canteen remained steady as thousands of injured and exhausted soldiers passed through. The savagery of the Great War was still very much at the forefront of the European consciousness for several years and many of the Bryn Mawr alumnae experienced this while volunteering abroad. There was no easy return to pre-war life in Europe like there would be in the United States. 1914-1918 was a transformative time for warfare and although the Great War was supposed to be the ‘war to end all wars,’ the Versailles Treaty (the peace treaty) instead helped set the stage for World War II.