Who was Margaret Hall? 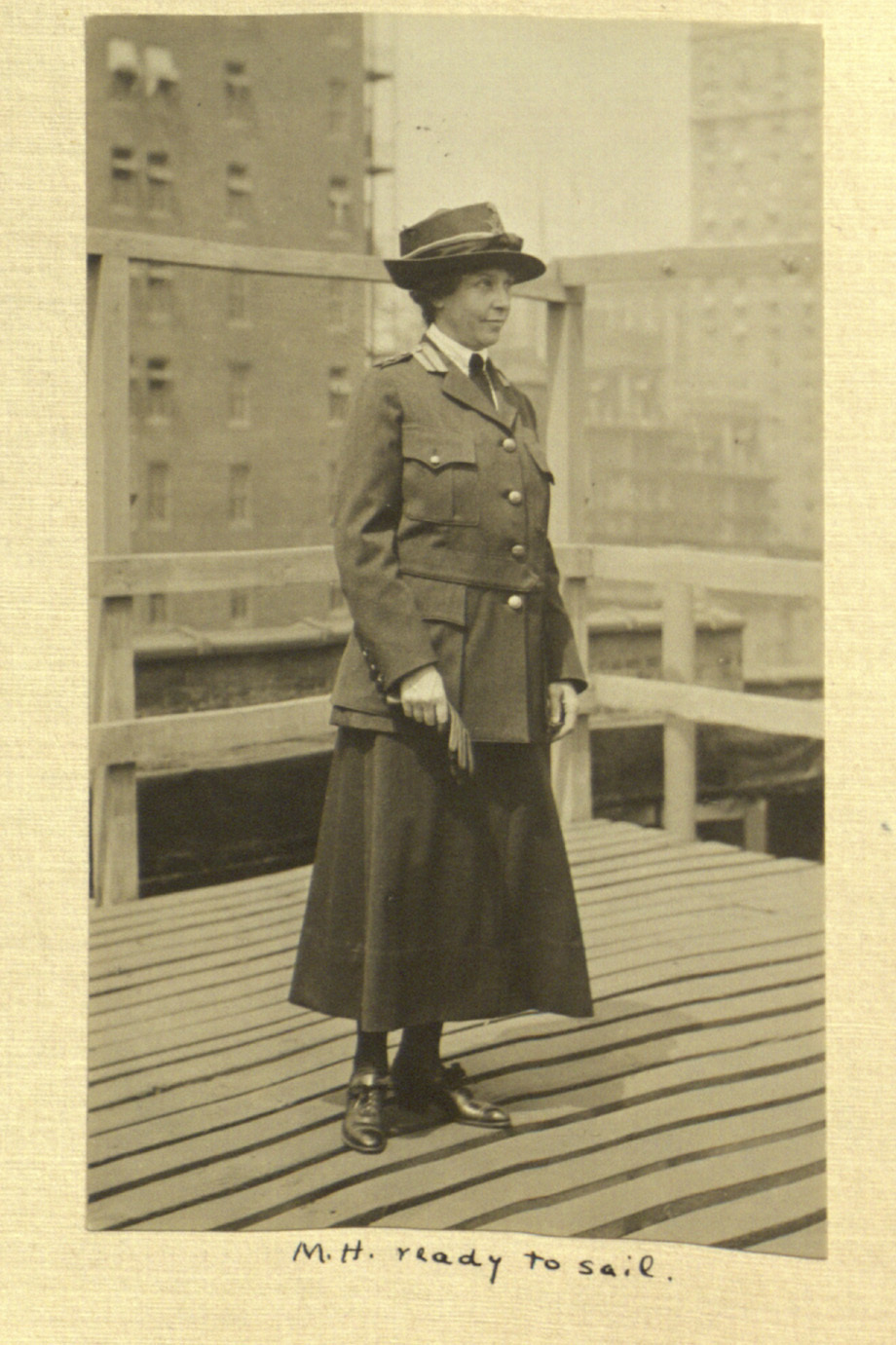 Margaret in New York City before setting sail for France on the SS Chicago in August 1918.

Margaret Hall graduated Bryn Mawr College in 1899 with a degree in history and political science. There is little information available about Margaret Hall's life while at Bryn Mawr, but her alumna file does note that she played basketball. In 1908, she lived in a Manhattan apartment and was relatively active in the Bryn Mawr Club of New York. Before World War I, she participated in the women's suffrage movement along with fellow Mawrter and friend, Elsa Bowman 1896. Bowman, Hall and many other alumnae joined more than 5,000 marchers in Washington D.C. on March 3, 1913, the day before Woodrow Wilson's inauguration. There were already thousands of people there, mostly men, to see the inauguration, so the women were subject to violence and taunting. Hall also acted as a "picket girl" in the largely successful 1913 Ladies Garment Strike in New York City. In 1917, according to Bryn Mawr’s Alumnae Quarterly, she traveled to Cuba and the Isle of Pines and later that year she moved to her family estate at Paradise Hill Farm in Hull, MA. Then, on August 23, 1918, Margaret boarded a transit ship for a voyage across the Atlantic Ocean into the deadly combat zone of Marne, France to volunteer at a Red Cross canteen located at Chalons-sur-Marne which was a central transfer point for soldiers.

After the war, she returned to Massachusetts in August 1919. Until her death in 1963, Hall dedicated her life to public service, especially rescuing and rehabilitating Armenian refugees. She continued to travel and collected antique silver including a mid-18th century teapot that she donated to the Museum of Fine Arts in Boston. Hall was a well-educated, socially conscious and progressive woman. While her family's wealth afforded her the opportunity to travel the world and remain unmarried, through her writing and actions, it is clear she saw much room for social progress in America and abroad.

"For a woman as remarkable and travelled as Miss Margaret Hall, we find her records very slight. Apparently she disliked questionnaires for she did not fill these out for us."

This was the Alumnae Office's response to Ellen McAuliff of Massachusetts who requested information about Margaret because she was in the possession of some of Hall's photographs. There is, however, a heartfelt obituary, presumably written by a classmate, included in Hall's alumni file: 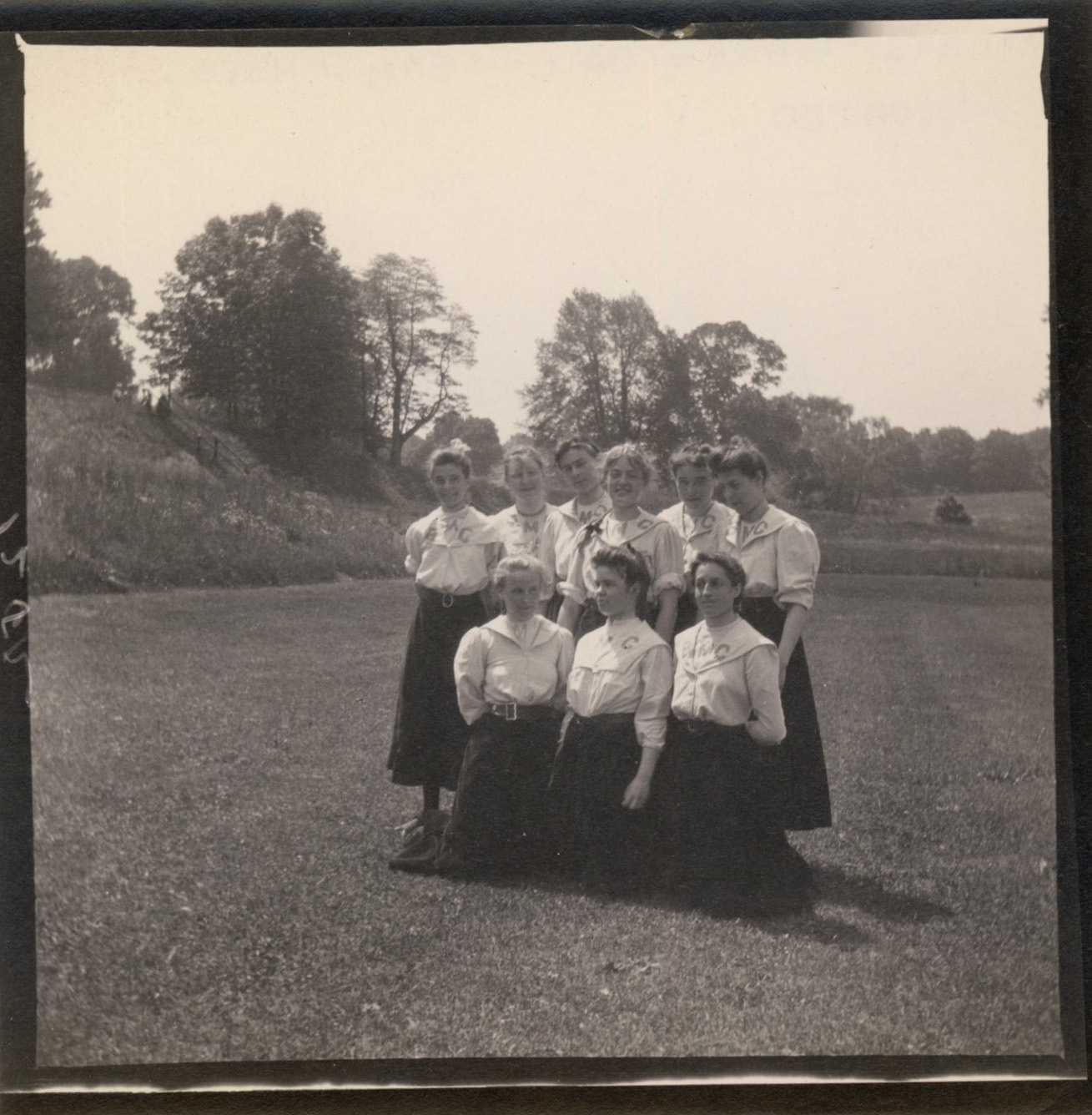 Margaret played on the basketball team her senior year and this is most likely her team portrait.

"All those who were fortunate enough to know Margaret will miss her sadly. They will have lonely memories and will realize that they have had a perfect friend, for Margaret had a real talent for friendship.

She lived for others, and with that rare insight which comes from deep and delicate sympathy, she knew what would be most helpful to those who were near her, and immediately set about to arrange it…"

According to this dear friend, Margaret led a fulfilling and interesting life, which you will see explored more in depth throughout this exhibit.