Looking through the Lens: Hall's Photographs 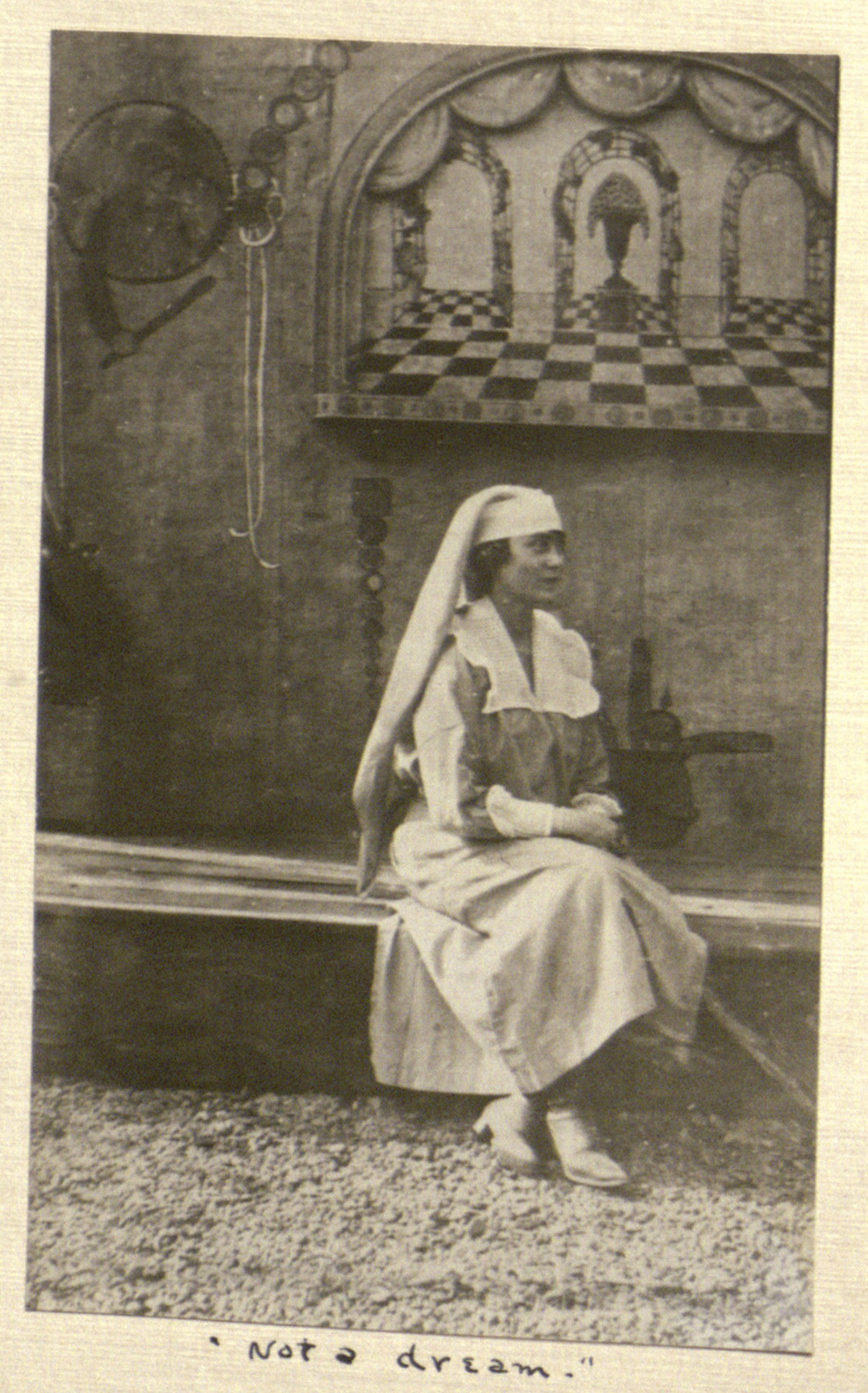 "There has never been anything real about my life over here. I can’t believe that it is I who am seeing it with my eyes, living in something that is a reality and not a dream. It worries me sometimes for I am afraid it will disappear out of my memory like a dream and I just don’t know what to do to hold on to it.” (84-5)

The above quote is a particularly eloquent thought from Margaret. Her answer to this conundrum seemed to document as much as she could through writing and photography. Margaret's aunt, Emily Coleman, a historian and photographer, instilled a love of history and the camera in her niece from a young age. As a history/political science major, Hall was keenly aware of the historical moment she was intricately a part of while in France. She was a passionate and determined photographer who traveled to the Western front with the clear intention to create a visual map of her observations. Photographing war activity, especially while on duty with the Red Cross, was strictly prohibited. Luckily, since Hall was the first to pass through the customs/police lines, they forgot to ask if she had a camera. Margaret's images add a unique richness to her already insightful tale from the Great War.

“One of the things most wearing to me is the desire to get out to take pictures, and the impossibility of doing it. I know I could get such wonderful things.” (160)

The mystery of what kinds of camera(s) Hall had, how/when she developed her photos and how she managed to have detailed captions for every image was one of the most interesting parts to research. Keep in mind; she was using an ‘old-fashioned’ film camera. It is not certain, but it is highly likely she used a Vest Pocket Kodak (VPK) camera and a larger format camera with glass plate negatives. The VPK was introduced in 1912. As the name suggests, it was small enough to fit in a pocket, which might explain how she managed to smuggle her camera past customs. One roll of film, at maximum, could take 100 pictures and she took many more than that. This means that Margaret would have had to find a pitch black area to change film rolls or else the negatives would be ruined. Speaking from experience, removing film is not the easiest thing to do and it definitely takes practice. Or, she could have had someone else do it for her. Regardless, it is interesting to really think about the physical process of photography in 1917 and the thought that was put into each picture she took.

But then, she must have had another camera because the Cohasset Historical Society possesses large format versions of Hall’s pictures. The other camera would have been quite bulky and required a tripod to produce the clear images Margaret took. The only evidence for this is when she says: “The country was covered with snow, and I tried to take some pictures, but my rubber bulb was so frozen that it wouldn’t squeeze…” A VPK would mostly likely not use a flash so it had to have been some other type of camera, besides a VPK could not have produced the high quality images. It is impressive that Margaret carried around a tripod and heavy camera while traveling over abandoned battlefield and through trenches.

If the text was removed, the visual essay would still tell a detailed story of the harsh reality of war. Hall’s images show what and who she thought was worth photographing. Hall was both fascinated and horrified by the amount of destruction due to the fighting:

“In the afternoon we walked to the little town of Courteau, all shelled up and as picturesque as the dickens.” (129)

The majority of her photographs are scenes of desolate land, abandoned weapons, destroyed buildings and graves. Many of her photos are artistically well composed and there are also candid shots of Allied solders and German prisoners. Margaret looked at the war from all angles and it is amazing to have such a dynamic collection of photographs all in one book.

« "What are YOU doing to HELP?" Armistice Day in France »
© 2014 Bryn Mawr College. All Rights Reserved.