"What are YOU doing to HELP?" 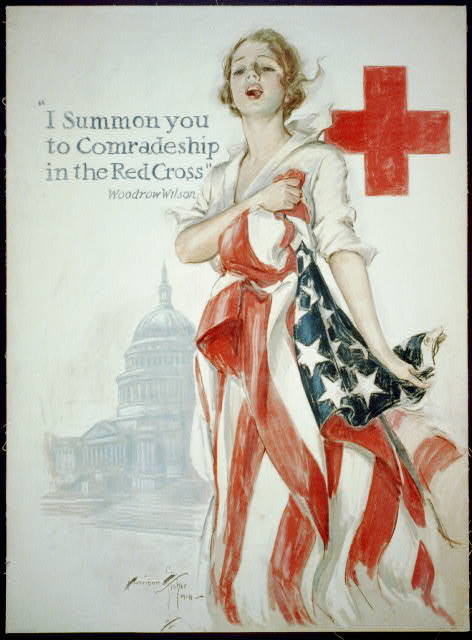 World War I began in 1914 yet the United States did not declare war on Germany until April 2, 1917. Isolationism was popular among Americans, so President Woodrow Wilson faced the difficult task to rally the country in support of US intervention in Europe. Subsequent to declaring war, Wilson created the Committee on Public Information (CPI) headed by muckraker journalist, George Creel. The purpose of the CPI was to instill nationalism in Americans as well as hatred for the German enemy. Although speeches, newspapers or movies were influential in gathering support, there were Americans who would not participate in these activities. Thus, the Pictoral Publicity division of the CPI was formed because posters had the potential to reach millions of Americans, for they could be easily circulated, seen and understood. Over 1,400 posters were produced by famous contemporary illustrators. 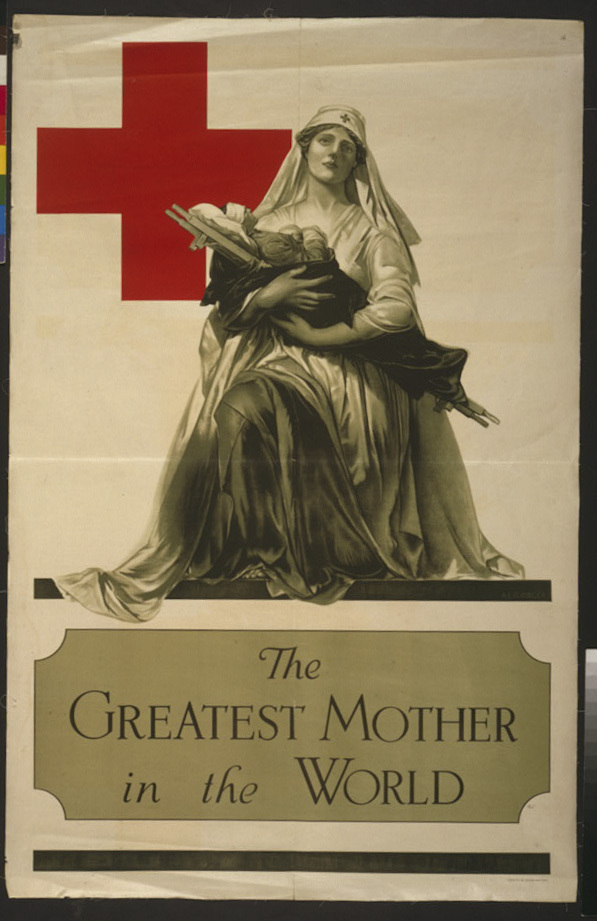 Most famous Red Cross poster during the First World War.

These posters became an extremely useful vehicle for American propaganda. Images of ruthless Huns represented Germans, meant to inspire hatred and fear of the enemy and encourage Americans to join the war effort. More relevant to Margaret Hall's story are the numerous illustrations, especially Red Cross recruitment posters, that depicted women's participation in World War I. Posters actively encouraged women to support the war effort, using motherly and religious symbolism. The idea that women were to nurture and protect the nation, either by healing the young male soldiers or purchasing war bonds, was capitalized upon. Many posters feature attractive, white middle aged women helping soldiers, with the goal to inspire other women to follow their motherly instincts. A lot of these posters deliver a message that it is an American woman's duty to support the war effort in some way. The poster seen on the left was widely circulated during a 1917 week-long Christmas Drive campaign in which 16 million Americans joined the Red Cross. 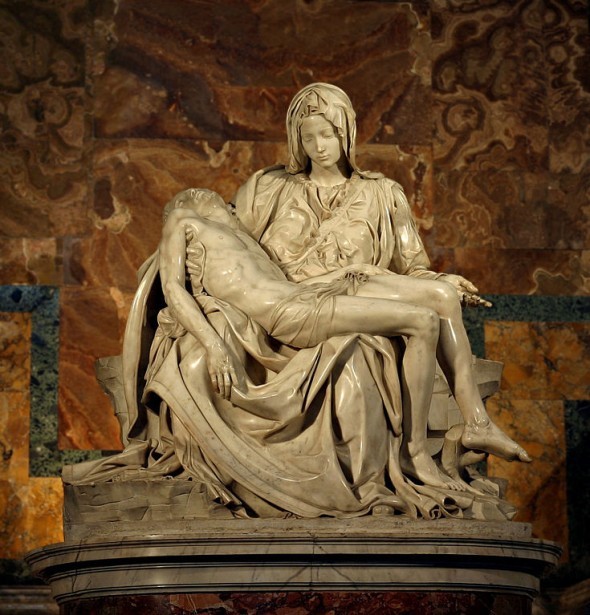 Michelangelo's sculpture, Pieta. The Virgin Mary cradles her son, Jesus, after his crucifixion.

The "Greatest Mother in the World" poster bears a striking resemblance to Michelangelo's Peita, seen on the left. Pieta translates to 'pity' or 'piety' and was meant to inspire Christians' devotion to the faith. Alonzo Earl Foringer's drawing of the mother figure is very similar to the Virgin Mary. Both mothers are much larger than the son figure that they are holding and are even dressed alike. Especially since Protestantism was on the rise at the time, this poster would have probably registered as a religious scene and affected many Americans in an emotional way. Using this illustration at Christmas time seems like a well-calculated move to take advantage of Christian American's faith and inspire them to support the Red Cross.