The Summer School for Women Workers: Diversity, Class and Education

Introduction: The Women of Summer 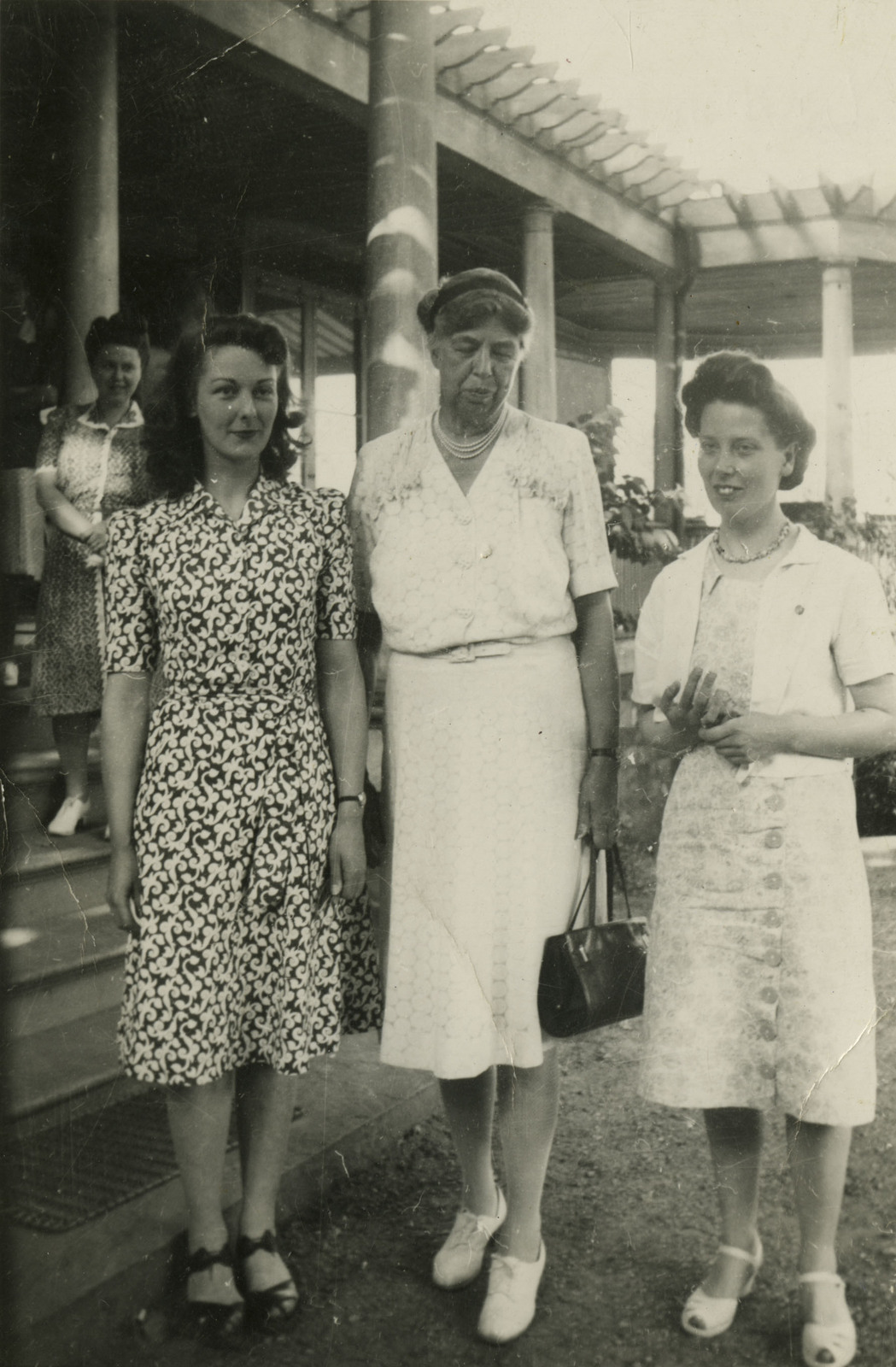 Eleanor Roosevelt with students from the Summer School

This exhibit explores the histories of the Summer School for Women Workers in Industry, inaugurated at Bryn Mawr College in 1921 and later developed at Barnard College, the University of Wisconsin-Madison and in North Carolina.  The School was conducted every year between 1921 and 1938 (except for 1935) and in 1939 it transferred its activities to the Hudson Shore Labor School.

The schools were designed to give women working in industry the chance to experience higher education during the summer months when the campuses were not in use by the regular students. In the case of Bryn Mawr College, the women lived on campus and became fully immersed in campus life, including performing plays, a much loved Bryn Mawr tradition.

The students at Barnard College were day students, unlike those at Bryn Mawr who stayed in the dorms. It became a tradition for the students from Barnard to visit their peers on the Bryn Mawr campus for one weekend of their Summer School.

Hilda Worthington Smith is most associated with the Bryn Mawr Summer School, but in fact it was M. Carey Thomas who first had the idea for opening the campus to women workers during the summer months and Worthington Smith's own account of the School is dedicated to Thomas, whom she credits with founding the School.

The following pages trace the history of these schools and the stories of the women who became known as 'the women of summer.'

This digital exhibit is preceded by and largely indebted to the work of Dr. Rita Rubinstein Heller, Bryn Mawr College class of 1959. Dr. Heller's 1986 Ph.D. dissertation for Rutgers University, "The Women of Summer: The Bryn Mawr Summer School for Women Workers, 1921-1938," became the impetus for the filming of "The Women of Summer," her National Endowment for the Humanities prize-winning documentary with filmmaker Suzanne Bauman. These seminal accounts draw not only from archival research but also from new primary sources created by Dr. Heller herself: the creation of the film occasioned the 1984 reunion at Bryn Mawr of 30 former students and 13 faculty and staff of the Summer School, whose personal accounts gathered there now greatly enrich our knowledge of students' experience at the School. Many of the primary sources showcased in this exhibit, including the film, oral history interview, and several photographs, are sourced from these materials. Dr. Heller is Associate Professor of History at the County College of Morris, Randolph, NJ. Her dissertation, film, and donated collections in Bryn Mawr College Special Collections are listed along with other resources in the Credits page of the exhibit.